​HISTORY OF THE UDC & the
​confederacy

All information, images, and documents on this and all other pages of this web site are the property of the Louisiana Division of The United Daughters of the Confederacy and may not be copied, quoted, or used in any way without written approval by a current officer of the division.

UNITED DAUGHTERS
OF THE CONFEDERACY 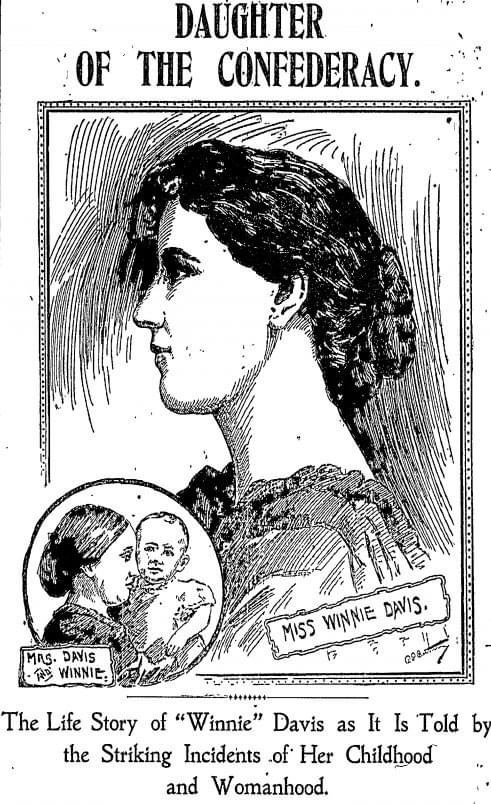 The image below was published in the Natchitoches Times Friday Aug. 29, 1913 pg 1. 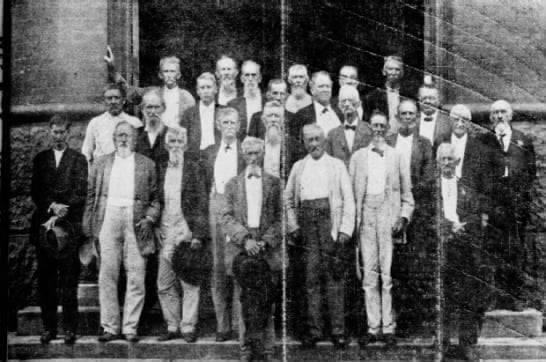 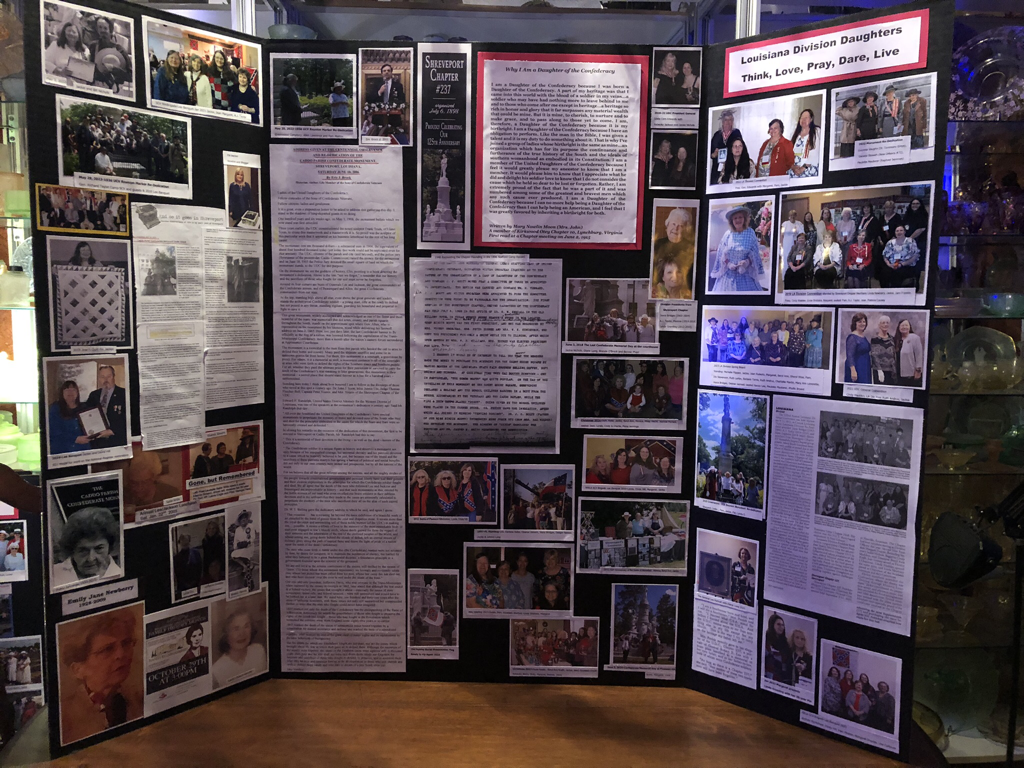 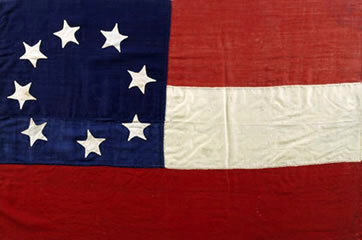 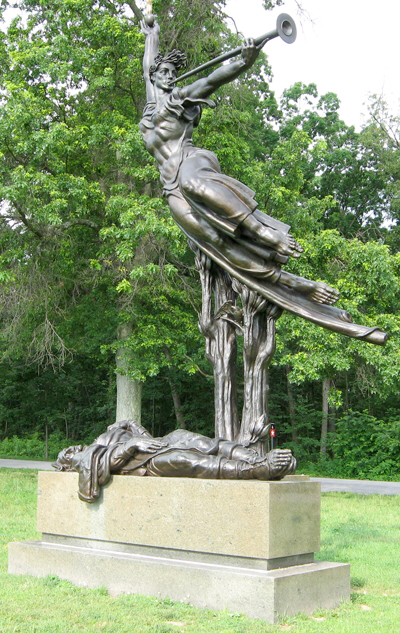 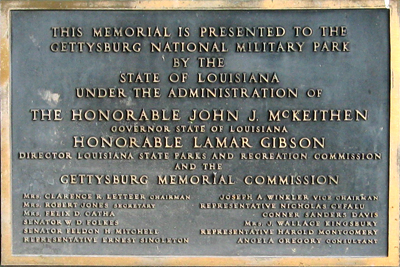 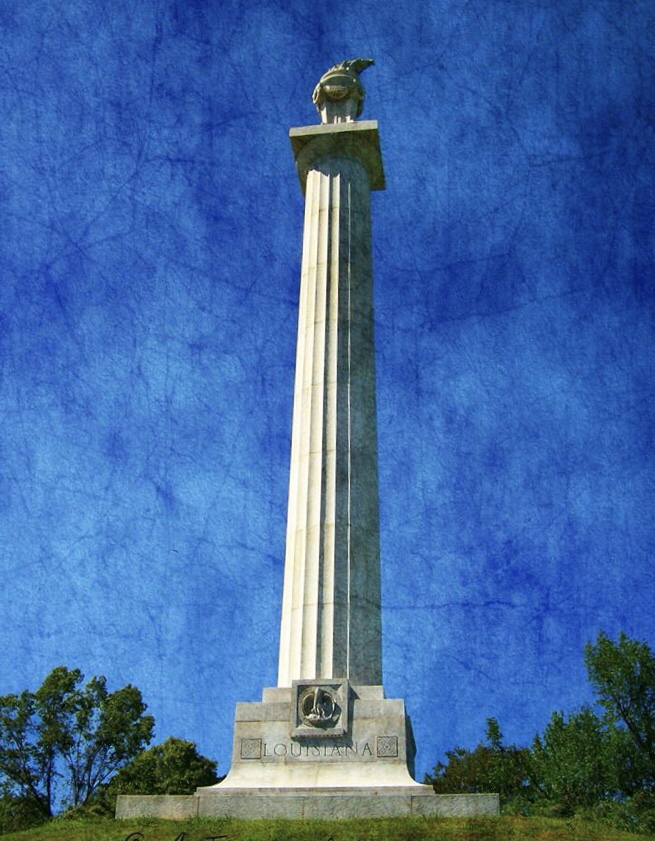 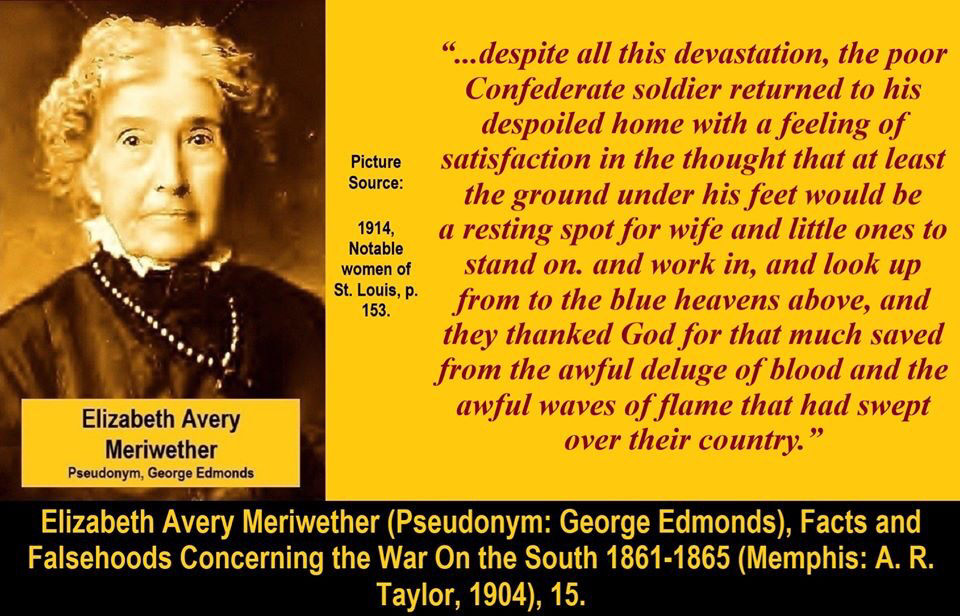 On the evening of April 2,1865 the Treasury was loaded onto a special train which was to take the treasury away from the Confederate States Capitol and onward to Danville, Va. Sixty Midshipmen of the Confederate States Navy were selected as guards, and Captain William Parker was placed in Command. The treasure was taken by train to Danville and arrived there in April 3,1865 but was kept on the train and guarded by the midshipman.

On April 6,1865 the treasure train was sent forward to Greensboro, North Carolina where it halted for a day. While in Greensboro, N.C., Captain Parker left two boxes of Gold Sovereigns around $35,000 for President Davis and his Cabinet. Captain Parker also left a further $39,000 in silver for General Joseph E. Johnston so he could pay the Confederate States troops in his army. On April 7,1865 Captain Parker and the rest of the treasure on the train moved on to Charlotte, North Carolina where it arrived in April 8,1865.

Once in Charlotte, North Carolina, Captain Parker tried to telegraph the Secretary of the Treasury Mr. Trenholm but to no avail so Parker had the treasure removed from the train and placed in the mint for the time being and it was guarded by the naval midshipmen. On April 11,1865 Captain Parker became alarmed by Union Calvary under Brigadier General Stoneman and its proximity to Charlotte. Therefore the Confederate States Treasury was removed from the mint and placed on a train for transport further south.

While in Charlotte, Captain Parker met with First Lady Varina Davis who was living there with her children. The Captain Convinced Mrs. Davis to board the train carrying the treasure and take her Children farther south. The Train left Charlotte on April 11,1865 and headed for Chester, South Carolina arriving there in April 13,1865 but the train could go no further so the treasure was transferred to wagons and carried across country to Abbeville, South Carolina.

The treasure and Mrs. Davis with her children reached Newberry, South Carolina on April 16,1865 where they boarded a train for Abbeville, South Carolina. Once in Abbeville, Captain Parker decided to cross the Savannah River and take the treasure to Augusta,Georgia. Mrs. Davis remained in Abbeville and lived at the home of Mrs. Armistead Burt. But after getting to Augusta and a few days rest Captain Parker had not received any news from President Davis or Secretary of the Treasury Trenholm so he loaded the wagons with the Treasure and started back to Abbeville, South Carolina.

Once the the treasure arrived back in Abbeville, on April 28,1865 Captain Parker placed it in a warehouse and ordered it well guarded by the sixty midshipmen. On May 2,1865 President Jefferson Davis and his party arrived from Charlotte,North Carolina and Captain Parker turned the responsibility of the Treasury over to Post Master General and acting Secretary of the Treasury Mr. John Reagan.

At Midnight on May 2,1865 President Jefferson Davis and his military escort of three Calvary Brigades crossed the Savannah River with the Treasury which was packed in Wagons. Secretary of War John Breckenridge rode with the Calvary Column, and the treasure. After crossing Savannah River Secretary of War Breckenridge recommended to Davis that the Calvary Brigades be paid and disbanded. This suggestion was adopted and the troops were paid in silver from the treasury.

The President and his party arrived in Washington, Georgia on the afternoon on May 3,1865 and while there President Davis appointed Captain M.H. Clark as acting treasurer. On May 4,1865 President Davis and his party left Washington but Post Master John Reagan and Secretary of War Breckenridge remained behind sometime paying troops and taking care of treasury business. While in Washington the $35,000 left for the President and Cabinet in Greensboro, North Carolina was placed in wagons along with Davis's baggage and other belongings.

The Treasury was split up at this point. The Treasury from Greensboro, N.C. to Washington, Georgia was split as follows: $39,000 was given to General Joseph E. Johnston in Greensboro to pay his army in North Carolina, and $35,000 was kept for President Davis and his Cabinet. $108,000.00 went to pay the troops after crossing the Savannah River each soldier received around $26.00, $40,000 was paid to Major R.J. Moses for soldiers provisions in Washington and Augusta, Ga., $1,000.00 was paid to John C. Breckenridge for his transmission to the Trans-Mississippi Department. $86,000.00 was given to James A. Semple to be transported in the false bottom of a carriage to Charleston, or Savannah and then shipped to Confederate agents in Bermuda, Nassau, or Liverpool for the account of the Confederate Government.

The rest of the treasury and funds from the bank of Richmond were deposited into the Vault in the bank in Washington, Georgia. There was still 25,000.00 in the Treasury moving with the Davis Baggage Train once the President's party left Washington. Upon arriving at Sandersville, Georgia the party split with the money and the baggage train heading to Florida by a different route than the President. Captain Clark was in charge of the treasure and baggage train, and he was to head for Madison, Florida. Captain Clark and his party with the Treasury arrived at he Yulee plantation in Gainsville, Florida on May 22, 1865 and it was there that Captain Clark was informed of the Capture of President Davis.

The remaining money in the Treasury was now divided among those who had worked so hard to protect it but now had no purpose with their Chief having been captured. The baggage of President Davis was hidden and buried so the Yankee's would not find it, and the money was divided and paid to those who had worked for the Confederate States Government, and the treasury. It was divided as follows: Captain's, Watson Benthuysen, Alfred Benthuysen, Jefferson Davis Benthuysen, Fred Emory, and M.H. Clark were paid $1,940.00 each, W.S. Winder, W.E. Dickenson, T.F. Tilghmen, and John W. Scott were paid $1,940.00 each as well. Each man was also given $55.00 for traveling expenses, and Captain Clark was paid one months back pay of $125.00. Howard, and Staffin who were President Davis's cook and guard were paid $250.00 each. The five black servants were paid $20.00 each, and $250.00 was paid for miscellaneous items.

From our magazine archives 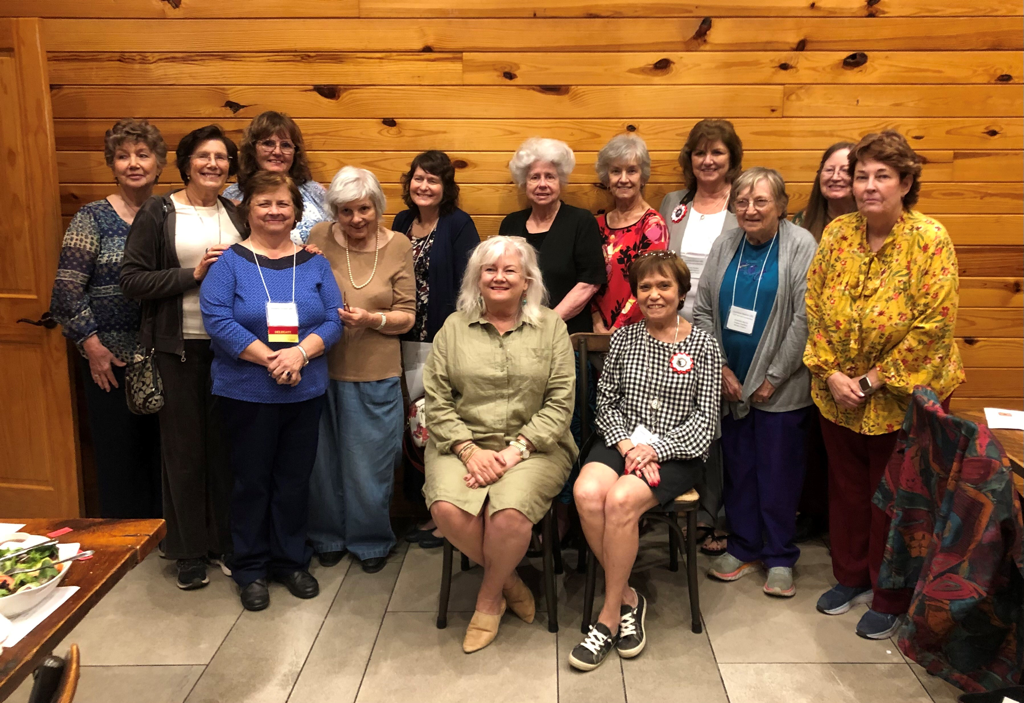 Lee the Lover of Animals 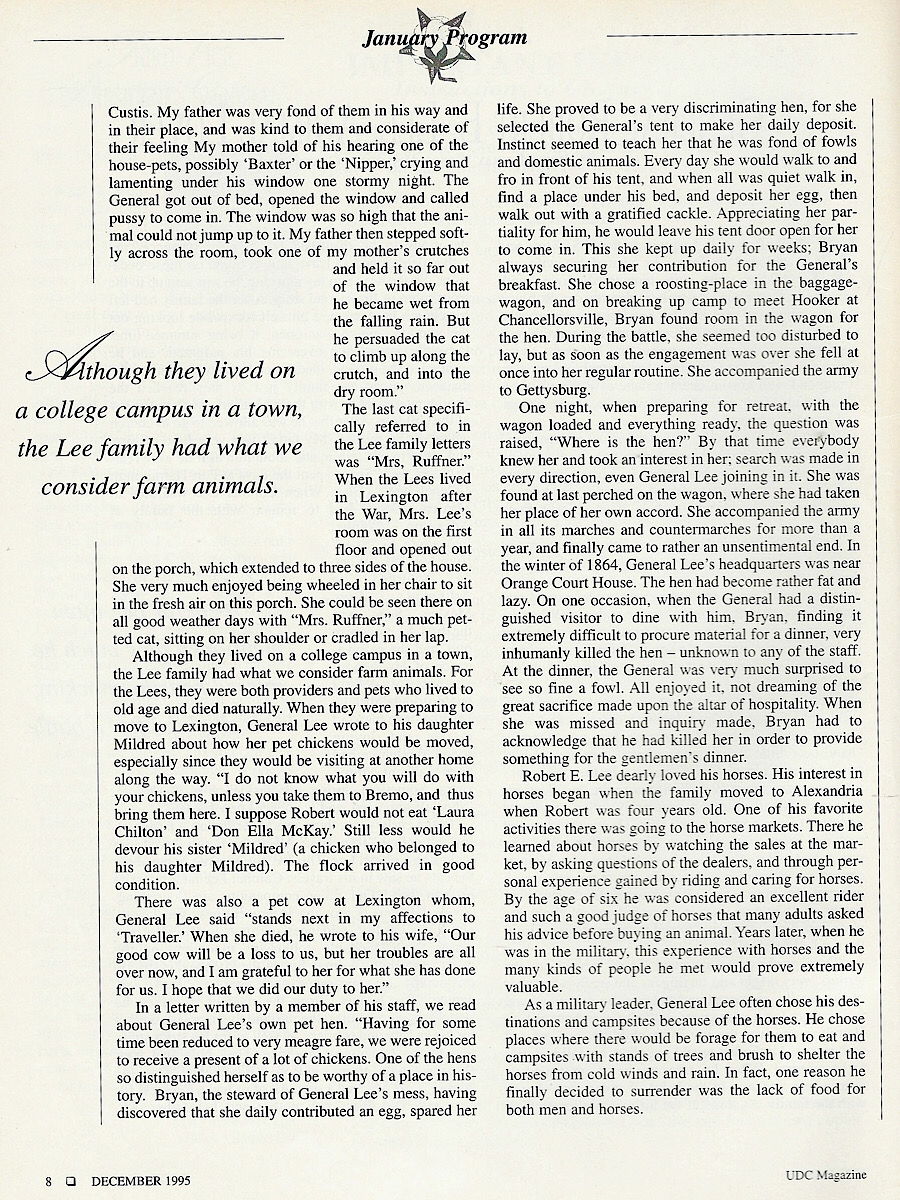 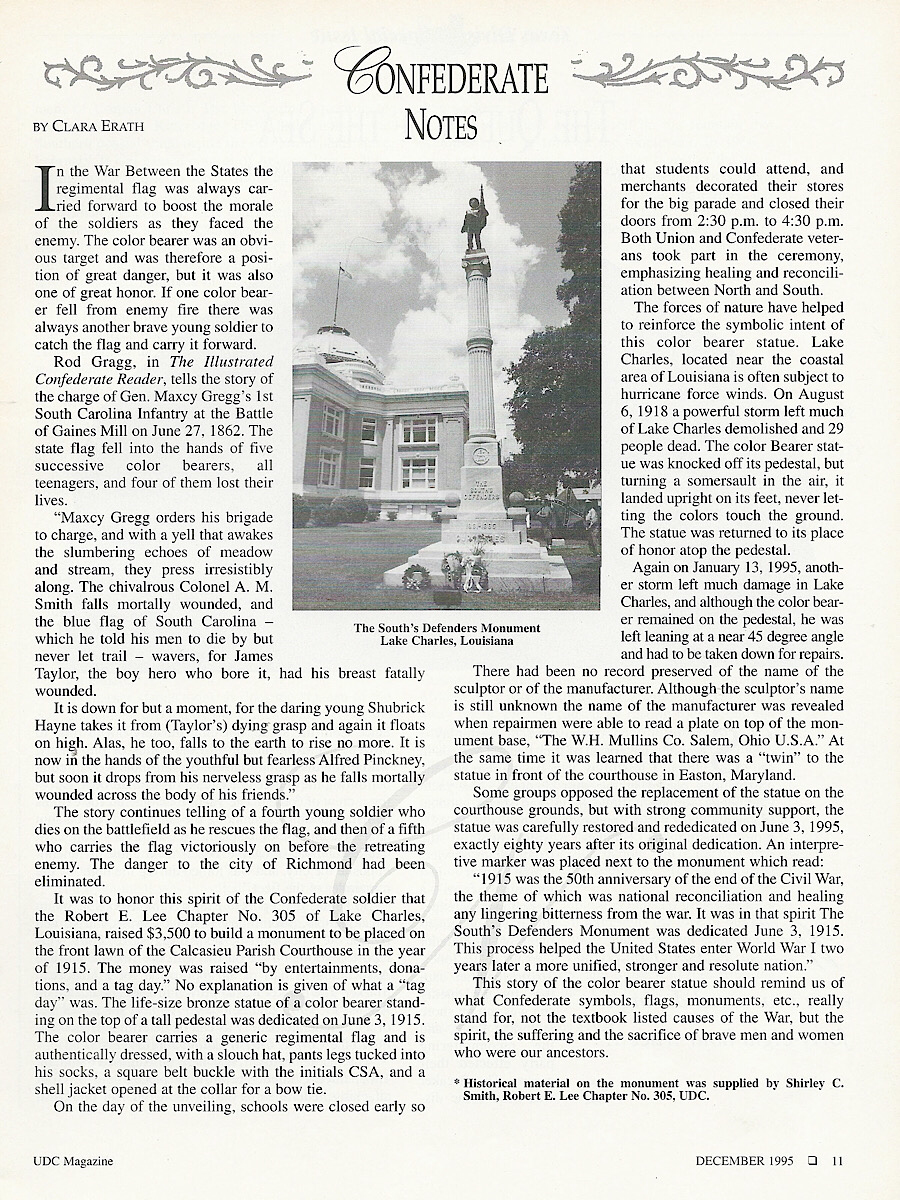 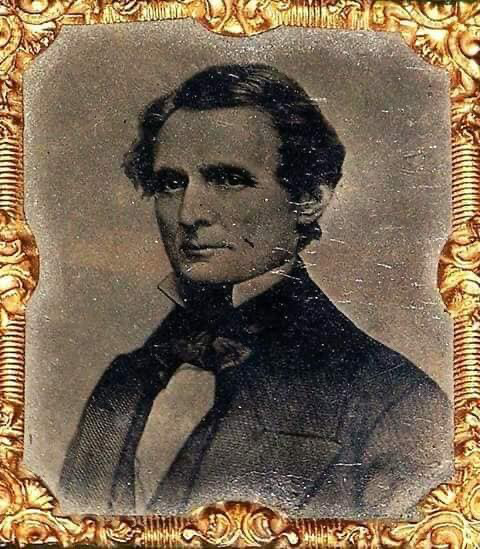 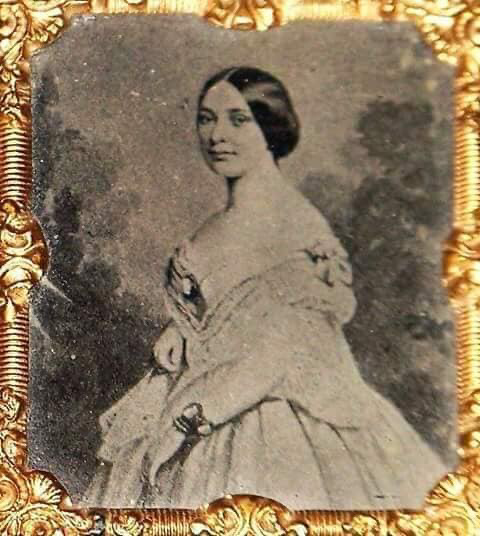 Varina Anne Howell Davis was born May 7, 1826, in Natchez, MS, her parents were William Burr Howell and Margaret Louisa Kempe.

Her grandfather, Richard Howell, after distinguished service in the American Revolution (1775–1783) became governor of New Jersey in the 1790s.
​
Her father, who fought in the War of 1812, settled in Natchez and married Kempe, a Virginia native whose father was an Irish immigrant. So Varina would be born to a family with roots in both the North and the South

Two years later they married in an Episcopal ceremony at the Briers Plantation on February 26, 1845. Taking up residence at Jefferson’s Plantation, Brierfield. The early years of their marriage were fraught with conflict and separations.

Jefferson Davis was elected to the House of Representatives and moved to Washington, D.C., leaving his young bride to live with her in-laws in Mississippi. Soon After, Jefferson Davis left Congress to fight in the Mexican War and came home a hero with a serious injury that required Varina to nurse him back to health. Soon thereafter, he was appointed to the Senate, and Varina would join him in Washington, where they resided for the next twelve years.

Varina Davis was a devoted mother and worked as her husband’s secretary to advance his political career. When the South seceded, Jefferson Davis preferred to serve as a soldier but agreed to be president of the Confederate States of America.

Varina acted as First Lady in both Montgomery, Alabama, and Richmond, Virginia, She strove to support her husband and the Confederacy.

As the war ended, Jefferson was imprisoned in Fort Monroe, Virginia

While her husband imprisoned, Varina took her older children to Canada with their grandmother and then moved with her infant daughter to Virginia to be near the prison, writing to her husband and occasionally visiting with him during his incarceration. He was never tried and was released in 1867.

The next several years were bleak for the Davises. The family traveled, accepting social invitations from European elites. Varina developed heart trouble during a visit to England, and she remained there for medical care, while Jefferson returned to the United States in November 1876 and within three months had taken up residence at Beauvoir, a plantation on the Gulf Coast owned by a widow, Sarah Ellis Dorsey. Varina returned to the United States in 1877 and moved to Beauvoir in May 1878.
It was here where Jefferson Davis began writing his account of the Confederacy

When Dorsey died in 1879, she bequeathed Beauvoir to Jefferson. Soon after, their daughter Winnie joined her parents at Beauvoir, where the family received many visitors. Mother and daughter cared for Jefferson and helped him with articles and speeches until his death in December 1889.

Varina Davis devoted much of the remainder of her life to writing a voluminous account of the Confederacy in which she defended her husband and tried to ensure that he would be remembered as a hero, even taking the name Varina Jefferson Davis as she pursued her literary career.

In 1892 she stunned southerners when she and Winnie moved to New York City, where she spent the last years of her life writing articles Winnie would pass away in 1898, Varina passed away in New York on October 16, 1906.

Mrs. Varina was buried with full Military Honors by Confederate Veterans at Hollywood Cemetery in Richmond beside her husband and daughter, Winnie.

The first and only First Lady of the Confederate States of America. Would Leave a love story like no other. And lasting impression to many generations of Southern Gentleman she adored

A family circle that remained strong despite all that came against. Something we can all be inspired by 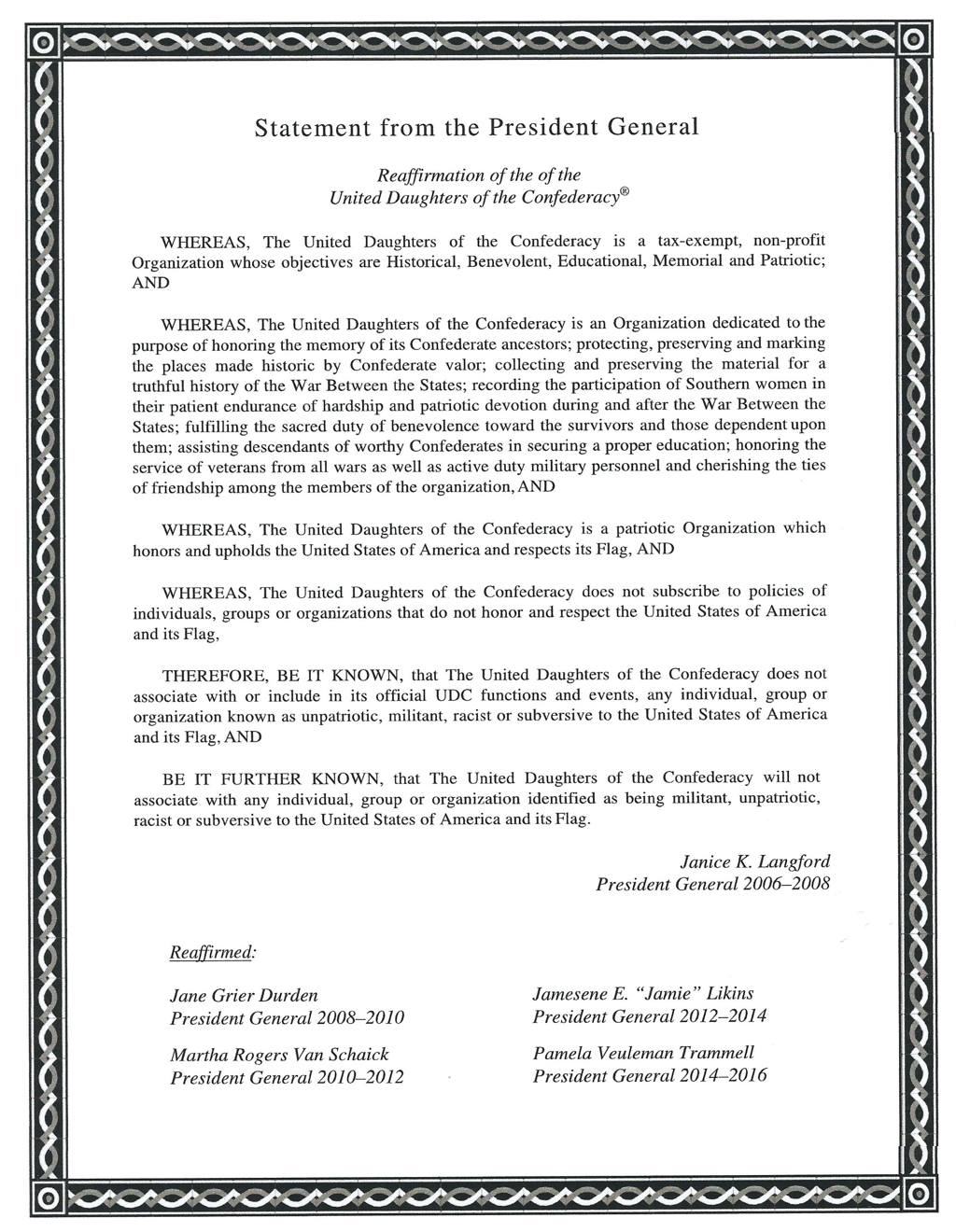